Shooting movies with a dSLR

Shooting movies with a dSLR
Posted by anna on July 9, 2017 in Cameras 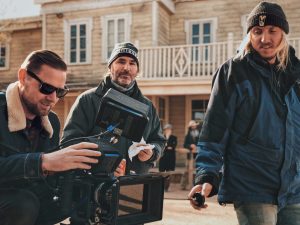 Because of the memory limitations of point-and-shoots, not only will you have to deal with inferior quality of your camera movies, but you will also have an upper limit of about 30 to 60 second clips. With dSLRs, all these limitations do not exist. A high-quality dSLR camera will shoot HD-resolution videos at 30fps with high-quality sound and recording times, as long as you have enough memory to store the videos. Often, you will find cameras that have trimming and editing functionality built into them.

The mirror of a dSLR camera can’t change its position 30 times per second, which is why you will not be able to use an optical viewfinder to get motion picture quality. However, many of the dSLRs available on the market today have Live View functionality, which means they can shoot HD-quality while showing the picture on the LCD screen.