What’s New In Electronics?
Posted by anna on February 5, 2018 in Uncategorized

It is true that we are living in a digital age and there will be even larger strides taken in the direction of technological advancements in the next few years. That said, we are already seeing some remarkable progress as far as technology is concerned. Perhaps the most notable thing is that technology is shrinking, which is making it possible to fit this technology into smaller and smaller devices Because of the accessibility of this tech to a wider array of devices, it is no surprise that we are seeing tech proliferate into areas that we never expected it to. In the same breath, we are now seeing applications of this technology in areas that we never thought of in the past. Perhaps the biggest area we are now seeing this is in our electronics embracing artificial intelligence. It is almost impossible to escape Artificial intelligence now that it is more or less in all electronics. 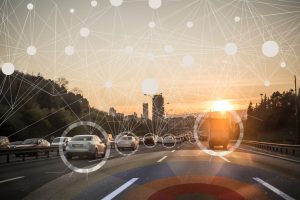 When something as novel as Artificial intelligence lands, people scramble to find new ways to leverage it. This may be the reason why we are seeing exponential growth in the use of artificial intelligence. It is so widespread that it was almost impossible to escape it during The biggest tech show in the world held in Las Vegas recently. In a nutshell, computers and related devices are now getting better at doing things that humans do. Some of these include chatting, surfing the internet, providing information and controlling other devices. Now, voice controlled electronics that do pretty much all these things and more are everywhere. It is expected that as artificial intelligence grows and matures, so will its uses and applications increase. Artificial intelligence is also taking over our cars. Recently, there have been more and more cars produce that take advantage of artificial intelligence in one way or another, be it self-driving themselves or just helping us be better drivers. The technology in this area is still far away from hitting the streets, so to speak, but it is expected to be in a few years.

One cannot talk about what is new in the tech world without mentioning smart technology. It is true that almost all devices in our homes are being fitted with internet connections. This allows for finer control over their actions even when we are not at home. How about lights that turn on when you walk into the door or washing machines that start washing as soon as you load the washer? It is impossible to talk about smart appliances without talking about security. When we are living in an age where everything is connected to the internet and smart shoes send an alert once they have not been worn for some time, it is easy to see where the concerns come from. Most security experts agree that anything that can be hacked will be hacked, or at least tested in this way, and this is why it is important to keep security at the forefront when developing these smart devices and related technologies.