A modern cheap point-and-shoot camera will most likely have an LCD screen on the back that will show you how your future picture would look like. While this is a great feature, a dSLR optical viewfinder can do much more than that. Not only will it show you what is going to be in the picture, but it will also show what is in 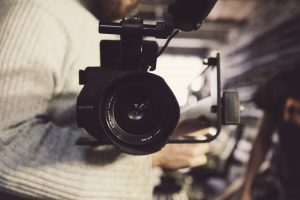 focus and what isn’t. Depending on the functionality of your camera, it will either show you the focus all the time or when you press a button called “depth-of-field preview.” For this reason, many photographers find that dSLR cameras offer viewing experience of higher quality, meaning more accuracy and higher resolution. If you choose to use Live Mode of your dSLR (provided that your camera offers it), you will see the image on the back panel of your camera and judge the depth-of-field for yourself on a larger screen.

With very few exceptions, digital SLRs have sensors that are much bigger in physical size than the sensors of cheap point-and-shoot cameras. In practical terms, this means that dSLRs have a larger physical area for light capture, which, in turn, means high sensitivity to the levels of light and an opportunity to capture great pictures at low light levels. For example, some Canon dSLRs have sensors that are 24 millimeters by 36 millimeters. 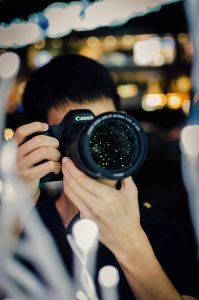 The size of the sensor matters in three instances. The first one is when you want to take pictures in dim lighting. The second one is using shorter times of exposure for shooting freeze action-style pictures. The third one is increasing the amount of subject in sharp focus.

To better understand what is happening, you can think of a camera sensor as a rectangle mesh. The job of the sensor is to capture light. Imagine that particles of light are drops of rain. Obviously, the larger the mesh, the more particles it will be able to collect. Not only that, but taking a picture requires collecting a sufficient number of drops. A larger sensor can also do that much faster than a smaller one, which is why larger sensors are more sensitive than small ones.