An inexpensive digital point-and-shoot camera will have a limit as to how many pictures you can take with a minimal interval between them. Depending on the model, you will probably be able to take a picture every two seconds or so, which is simply not quick enough if you are shooting action sports, birds and animals or live performances. Some point-and-shoot cameras do have burst mode and will allow you to shoot up to three pictures per second for two to three seconds in a row after you adjust all the settings. 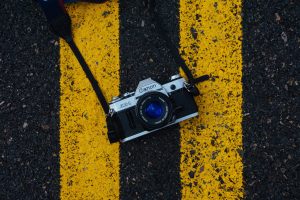 With a high-quality digital SLR, you will get much more than that. All digital SLR cameras have relatively large built-in memory, which means that they can store your photos right after you press the shutter button and before the camera transfers the photos to the memory card, which is the step that usually takes a long time, a second or two. This step is also the reason why inexpensive cameras can’t shoot many pictures in a row, within split second of one another. An inexpensive camera would make a photo and would then need to transfer the photo to a memory card. Once it’s done, it can take pictures again.

With a fast dSLR, you will often be able to take pictures very quickly for as long as you can keep your finger on the shutter button or as long as your memory card has space.